Get Years of Professional Experience and Skills Working for You

Chris Helwig's background of 30 years of racing and 25 years of coaching experience demonstrates his passion for the sport of cycling. Chris has had extensive involvement in road racing, which includes 3 years of racing as a Senior 1. In 2009, Chris expanded his own competitive focus to include duathlons and running, but still maintains his dedication to road cycling.  A comprehensive list of Chris's qualifications, coaching history and racing experience is below.

• 30 years racing experience
• 3 years as a senior 1
• Silver Medalist Ontario Track Provincials
• Mountain Bike Racing
• Victories in all Road Categories (Elite 4, Elite 3, Elite 1/2, Master A)
• Two time LCW A Group Club Champion
• Duathlete since 2009
•Since 2011, I have been competing in running races at all distances from
the 5km to the full marathon, including a sub 4 hr marathon finish in 2017 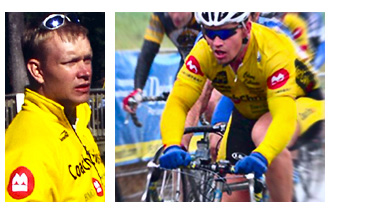